A very easy and light weight read, its got some interesting elements that keep you guessing and a hint of mystery.  I liked the book it made a rotten day bearable.  I would recomments it if you want to kill some time and don’t want any challenges.  The basic storyline is detailed below:

Stanley Yelnats is sentenced to dig holes at Camp Green Lake detention centre for stealing a pair of trainers. Stanley’s quest to discover what he is digging for leads to danger and adventure and to a confrontation with his family’s past. 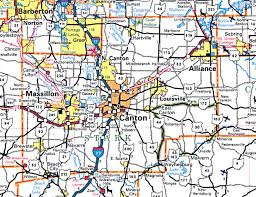 Jon shows off the amazing possibilities enabled by google maps, combined with GPS and provides a great example of multi-format screencasting as well.  Screencasting is going to be big news!  This link shows how he made it work.

Bill has just given a very interesting speech on the state of the US High School system which he describes as obsolete:

Training the workforce of tomorrow with the high schools of today is like trying to teach kids about today’s computers on a 50-year-old mainframe. It’s the wrong tool for the times. Our high schools were designed fifty years ago to meet the needs of another age.  Until we design them to meet the needs of the 21st century, we will keep limiting – even ruining – the lives of millions of Americans every year.

He has a considerable interest in this failing as he explains here:

Our philanthropy is driven by the belief that every human being has equal worth.  We are constantly asking ourselves where a dollar of funding and an hour of effort can make the biggest impact for equality. We look for strategic …

In his podcast today on Tablet PCs James mentioned that studies have shown the creativity is reduced when typing with both hands (which use both sides of the brain) which explains why many people find that their creativity is increased when using ink as the input method to capture ideas.  In addition the freedom of expression enabled by ink also increases creativity.  I have also seen this, and noticed a similar effect when mainly using my mouse and minimal typing to create Mindmaps on my desktop.

Its interesting how this interesting observation links together posts from yesterday on thinking and on report writing here and here.

James, author of the jkOnTheRun weblog, covering all thing mobile, emailed me yesterday to let me know about his new podcast on all things Tablet.  I have recently been getting into podcasts and listen to them when I am out walking or swimming.  This time though I listened to James at 5* speed in Windows Media Player at home while I followed the products and sites he mentioned in my browser.  All in all the combination of the 5* speed and the excellent content made for a very useful 10–15 minutes.  Podcasting has definately got a future!

Check out the podcast, James covers a wide range of topics, including:

Here is a list of the main sites he mentioned, snipped from his blog.

Imagine my surprise when the day after writing this post on my frustrations with the existing medium for writing and delivering reports, I see a very similar post on the subject of writing books and insightful comment.  Although in this case the frustration is not so much with the paper medium (which has worked and continues to work pretty well) but with the fact that we have not exploited the electronic medium.  The following extract talks to the lost opportunity, without which Joe does not believe eBooks will really take off:

The biggest barrier I see is this recognition that an e-book needs to be developed with the delivery platform in mind. Wouldn’t it be great if you could introduce the concept of a hyperlink to a printed book so that someone could just touch a phrase they don’t understand and they’re magically taken to a definition of that phrase or the first place it appears in the book? Instead, you have to flip back to the index, look it up, and then jump to that page. Oh, and while you’re doing that, you need to keep a thumb on your original page so that you don’t lose your …

I am just blown away by Maxthon, far and away my favorite browser.  Even more impressive is the fact that its primarily developed by one person with a community of plug-in developers.  of course its developed upon the foundation of IE, which provides its core functions but the level of innovation is staggering.  It reinforces my belief that a few good programmers who understand their market are better than a team ten times the size.  If you want to read about productivity in programmers, read peopleware, but if you want the best browser get Maxthon and donate.  What promoted me to write today, RSS reader integration.  But there are loads of other great features I have written about in the past. 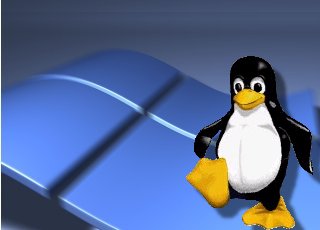 I have speculated before on the subject of Microsoft’s options concerning competing with Linux, but it seems to receive little serious debate, so I thought I must be off track, either technically or commercially.  In my view Microsoft would extend its Services For Unix product to comply with the Linux Standard Base requirements and would therefore support Linux applications.  For many corporates this would be a dream come true, access to all of the Open Source applications that support either Windows, Linux or both, and of course it would also benefit both users and developers.  However Microsoft have told me they have no interest in doing this (but they would wouldn’t they).  So in that context it’s interesting to see this article by John Dvorak, How to Kill Linux, where he says:

The immediate usefulness of Linux running under Windows is obvious. You can use all the Windows drivers for all the peripherals that don’t run under Linux. Drivers have always been an issue with Linux as PC users have gotten spoiled with Windows driver support. Today’s user wants to grab just about anything and not worry about installing it and making it work.

That said, there is no …

I have spent probably 30% of my working life writing reports and presentations, and now the thought of writing them fills me with dread.  At this point those who know me probably think I am going to write about arthritic hands, but no, its the medium that’s the problem.  Having started to write a blog it’s difficult to contemplate another medium for writing, and having started working with mind maps and concept maps it’s difficult to go back to sequential presentations.  I would happily accept wiki’s for collaborative authoring as an alternative to blogs, but blogs have the amazing benefit of providing the author with full control of content and presentation, and allow the author to build not just on their own knowledge but on the knowledge of others, “on the shoulders of giants” and all that.  On the subject of giants Don Box motivated me to write this little post.

Linux models the IT desktop

I have worked in desktop computing for many years and promoted the need for different desktop capabilities to meet the needs of different user communities.  I have always sought to address this with my corporate customers, whilst also trying to ensure some common enterprise application delivery capability was shared by all, in my company we call this a WorkStyle.  I was therefore greatly encouraged to see that The Open Source Development Lab last week released four specifications for its Desktop Linux Capabilities document, which outlines what requirements a Linux distribution should have to meet the needs of certain desktop Linux users.  This document describes the topic in more detail.

Buy Me a Coffee

The spring ‘glut’ will be over soon and we will be back to normal harvests and lazy living! #Digforvictory #selfsufficient #backyardgarden #kitchengarden #allotment #allotmentlife

Just did a mini harvest due to the foul weather, huge harvests in March by the look of it #digforvictory #selfsufficient #backyardgarden #kitchengarden #allotment #allotmentlife

Walking to Lytham, that’s about all I can cope with when. It’s this windy!

Rapidly clearing winter crops now to make way for spring crops, such a short window of opportunity before they need clearing for the summer crops! It’s all go in February!! #Digforvictory #selfsufficient #backyardgarden #kitchengarden #allotment #allotmentlife